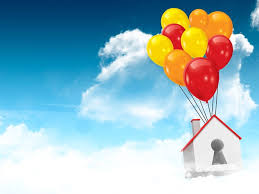 First the bad news…there is no bad news. God I wish I could start every post like that. Everyone has been asking what effect the economy has had on home sales and what are things looking like for 2016. Well, let’s take a quick look backwards and see how Dunlap fared in 2015.

When Cat announced in Sept that the sky was falling there were many people that feared that home sales would plummet. While it’s true to say that Sept and Oct 2015 were a nervous time, which also spelled over into Nov…in Dec 2015 home closings in Dunlap were up 50% EXACTLY over Dec 2014. New homes coming on the market were down 5.9% compared to Dec 2014. Listing price to sales price deviations were off just a little…down 1.6% to 94.4%. Days on market was up 6.3%/4 days to 68 days.

I think a lot of people would look at Dec and say that is a good month to make a judgement on the market seeing as how Sept and Oct as well as Nov had a chance to absorb the not so peachy economic news and see people’s reaction.

Personally-we saw a busy Dec compared to normal Decembers, and January is shaping up to be the same. We have had more homes get offers in January that any prior January I can recall.

For 2015 as a whole, compared to 2014, Dunlap saw an increase of 18% in closings, an increase in homes for sale of 30%. “Did everyone decide to jump off the cliff and sell their homes???” Not really…actually…not at all. New homes coming on the market in Dec 2015 were actually DOWN 5.9% compared to Dec 2014. But let’s back up a few months also and get the complete picture. As I always say-the smaller the demographic you are looking at, the larger the percentages and the greater the headlines ring. In Oct 2015, new listings were up 144% compared to Oct 2014. That is 18 homes in Oct 2014 compared to 44 homes in Oct 2015.  And I would say two things, 1) I know I’m not supposed to start a sentence with And, and 2) we noticed that bump as well. But for all of the homes we were getting on the market in Oct, most of them have sold as of now as well.

To see a nice graphical representation of the data above, click on

Keep checking back in….we will try to post a new area market update for different communities around central Illinois over the next few days.